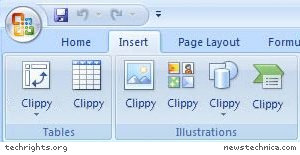 “Astroturfing word of mouth is routine, don’t worry,” said Cylon Number Six from Waggener Edstrom. “We’ve been careful to get all our partners and MVPs on the case. Here’s the invitation:”

Come to our supar l33t party! It’ll have “balloons” and “games” and “family friendly” fun and really easy setting up, nudge nudge, wink wink! Plug and play, my friend. Plug and play. Don’t forget your … anti-virus. If you know what I mean. And I think you do.

The hosts of the best Windows 7 House Parties will win a free copy of Windows 7 Ultimate Signature Edition. The runners-up will get a leftover copy of Vista.

The Windows 7 drinking game will include: