ENIGMA, Bletcherous Park, Thursday (NNGadget) — Academics at De Montfort University in Leicester have put together a team tasked with getting grants to claim to predict the next big thing in communication technologies, in a bid to tackle funding pitfalls before they become a problem. 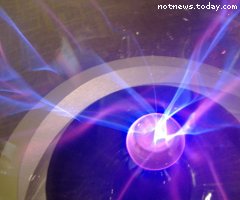 “Widespread Internet adoption has afforded some technologies rapid growth,” said Dr Bernd Stahl, “but have also generated downsides. For example, uppity Internet users think all this is for their social enjoyment and cultural enhancement, rather than to firmly attach a vacuum hose to their wallet.”

Under the two year project, entitled Ethical Issues of Emerging ICT Applications, researchers use old William Gibson novels to identify information and communication technologies likely to emerge in the next 10 to 15 years and spot any unforeseen drawbacks to milking the consumer as hard as possible, but no harder. “The Web 2.0 model — you create the content, we get the money — has much potential. However, cautionary examples such as Wikipedia show what happens when you put that sort of power in the hands of a nonprofit. So much money left on the table!”

Dr Stahl’s team will identify and list the future applications and the issues that are likely to arise. “So far we’ve successfully predicted that ‘e-mail’ will become quite popular — that’s where you send letters electronically, without using paper. Outlandish, I know! There’s also a possible niche for sending short text messages using telephones, if the telephone is attached to the network by a sufficiently long cable. In conclusion, send us more money and we’ll see what we can do for you. Remember: MONEY to US. That’s the important bit. It’s for science, you know.”