TUBGRILL, Goatse-by-Cam, Monday (NNN) — The Home Office and a coalition of children’s charities are seeking to block access to the Internet to save the populace from child pornography and Internet-borne cancers. 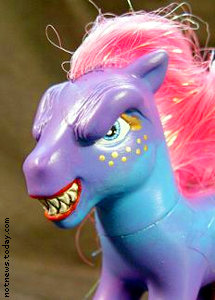 “Only 95% of Internet users are protected from computer-borne paedophile cancers,” said Home Office Minister Alan Campbell. “We must bring the other 5% into line, despite their spurious claims of the fine British-designed Cleanfeed system being ‘completely incompetent broken crap that never worked in the first place.’

“It is clear that blocking all potentially illegal images is as easy as stopping people from sharing movies and music, which is a solved problem. We just block everything. This will then revive the newspapers and the record companies and thus the whole British economy, by the Mended Windows theory.”

Zoe fucking Hilton of the NSPCfuckingC concurred. “We need decisive action from the government to ensure our continued income. If you’re an ISP who doesn’t sign up with the IWF, you’re a fucking paedo. Paedo. Paedo. Paeeee-do. And you cause cancer, you fucking arsehole. HEY, EVERYONE! THERE’S A FUCKING PAEDO OVER HERE! And give us your fucking money, now. Paedo. I hope they fuck and kill you in jail.”

“The IWF has protected ISPs from government interference for over a decade and users from potentially illegal images,” said potentially fabulous drag queen and IWF head Peter Robbins. “Although our recent foray into actually attempting to do the impossible rather than just existing as something for ISPs to point at hasn’t gone so well, we must protect children from carcinogenic Olympic logos of Lisa Simpson being forced into sexual acts. Think of the cartoon characters!”

The Government has signalled it will block the “streaming” loophole by making it illegal not merely to download such images, but to think about them or consider their possible existence.