2ND FLOOR, 25 Gordon Street, Friday (NNN) — Researchers from University College, London have found that light drinking during pregnancy does no harm to the baby. This contradict NHS advice in recent years that expectant mothers who look at a glass of wine will have a child with two heads, no head, extra arms or a tail or who risks sleeping with Russell Brand. 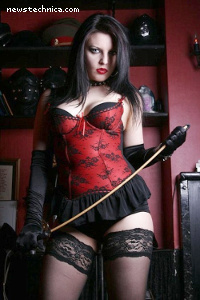 “It has to be the good stuff,” said Dr Yvonne Kelly. “Merlot does well. A real ale child will be a beardy geek, though with a shorter beard if a girl. Vodka and smoke machines induce Georgina Baillie. Carling causes what we used to call ‘foetal alcohol syndrome’ but is actually just perfectly normal blithering stupidity and ugliness. Dom Perignon will produce an obnoxious braying lackwit and may explain Otis Ferry.”

Pregnant women across the land told the researchers to shut up and get out the bloody way as they bloody needed a drink bloody now and waddled off to the pub.

The Department of Health still maintains that avoiding alcohol altogether is the safest option during pregnancy. “We firmly believe that the female of the species should be assumed to be far too foolish to sensibly moderate its own behaviour,” said Sir Liam Donaldson, “and anyway, our arses are covered if we can blame the patient.”

Newspaper proprietors were most pleased to be able to run even more pictures of large breasts on apparently serious news stories, as long as there was a large belly in there too. Or not, if they couldn’t find a file photo in time.

2 thoughts on “Pregnant women encouraged to drink up this month”