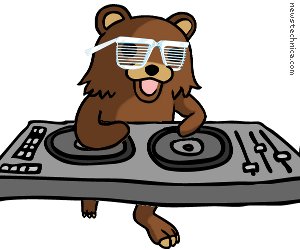 The British government has run a highly publicized campaign, “Digital Britain,” against sharing of Lily Allen songs, which were “overwhelming the country’s Internet” and “threatening the emotional health of children.”

Lord Mandelson said late on Thursday that the crackdown on Internet file sharing had brought 5,394 arrests and 4,186 criminal case investigations in 2009. The announcement on the Digital Britain website said the drive would deepen in 2010. Police would “intensify punishments for Internet operations that violate laws and regulations, strengthen monitoring of information and press Internet service providers to put in place preventive technology.”

The ministry did not say how many of the 5,394 suspects arrested were later charged, released or prosecuted. The anti-file sharing drive has also netted many sites with politically sensitive or even simply user-generated content, in what some see as an effort by the government to reassert control over new media. The ruling Labour Party worries the Internet could become a dangerous conduit for threatening images and ideas.

Britain has banned a number of popular websites and Internet services, including Wikipedia. NewsTechnica passed without comment, however.

This site uses Akismet to reduce spam. Learn how your comment data is processed.

a smashed keyboard full of hope and wonder

Top stories of the last whatever